Applications may be submitted online at or picked up in the clubhouse. 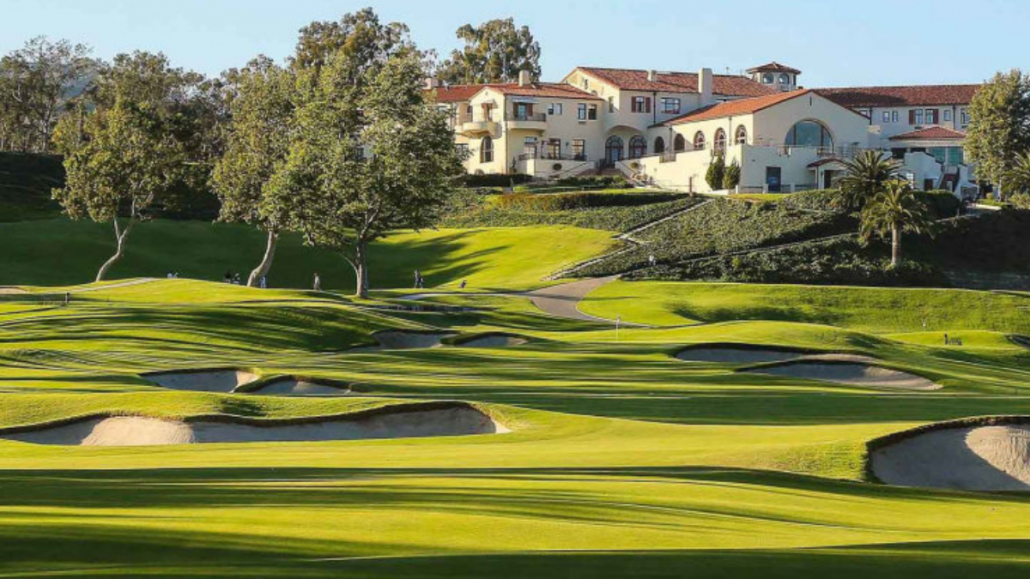 Joaquin Niemann figured out the best way to avoid Los Angeles-area traffic, staying ahead of the pace while going wire-to-wire to win the Genesis Invitational at Riviera Country Club in Pacific Palisades, Calif.

Niemann, a native of Chile, fired a closing round of even-par 71 on Sunday to finish at 19-under 265, two shots ahead of Cameron Young (70) and local fan favorite Collin Morikawa (65), who hails from nearby La Canada Flintridge.

“Obviously it’s the toughest tournament, I think, during the year,” Niemann said. “It’s got the best field, the best players are here and that proves (to) myself that I can be competing with the top guys, I can be up there in the world ranking. I think it’s going to give me a lot of confidence for what is coming next.”

Niemann, 23, became the first wire-to-wire of the event since Charlie Sifford in 1969. It was also his second career victory after winning at the A Military Tribute at The Greenbrier in White Sulphur Springs, W.V., in 2019.

After blistering the historic Riviera course to the tune of 16-under par through the first two rounds, Niemann backed off the throttle to shoot 3 under on Saturday before Sunday’s controlled final round.

“This weekend took me forever; it felt like a month,” Niemann said on the CBS broadcast. “I am so happy it’s finally done. I’m really proud of the way we battled with my caddie Gary (Matthews). All of the hard work, there is nothing like this. This is amazing.”

Morikawa, in just his third tournament on United States soil since the Ryder Cup in September, made a late charge Sunday after he was as far back as eight shots at one point. He was 2-under through the first nine holes before he chipped in for an eagle 2 at No. 10.

Morikawa had birdies at Nos. 16 and 17 but missed a birdie putt at 18 that would have pulled him to within one of the lead.

“You know, I just had to put together a few better rounds and make a few less mistakes, but overall, I’m happy with the way things kind of played out,” Morikawa said. “Wish I had that putt on 18 again, but it is what it is.”

After shooting even par on the front nine, Young had a wild ride on the back. He had a bogey at No. 10 before a birdie at 11. His roller coaster continued with a birdie at No. 15, a bogey at 16 and a birdie at 17. Young, who started the day alone in second place, had the round of the tournament with a 62 on Friday.

“Overall, you finish tied for second at Riviera, I can’t complain,” Young said. “I mean, I’m lucky just to be here and I know it does some good things for me going forward, so I am happy with the week, for sure.”

Hovland started the day alone in third place but was six shots off the lead. All hope for getting into contention late was lost when he went 2-over par on a five-hole stretch from Nos. 12 to 16.

Justin Thomas shot 70 and finished alone in sixth place at 13 under, while Maverick McNealy and Scottie Scheffler were tied for seventh at 12 under after carding 69s. 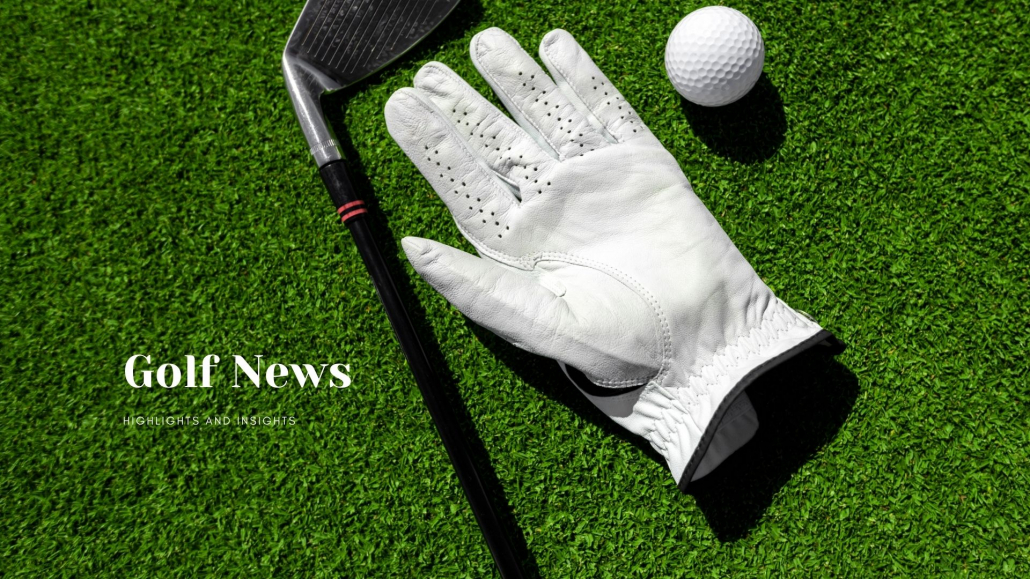 The wait is over for Scottie Scheffler.

The 25-year-old Texan sank a 26-foot birdie putt on the third extra hole to defeat Patrick Cantlay at the WM Phoenix Open and claim his first PGA Tour victory.

“I think the first one is probably always the hardest and I definitely made it pretty difficult on myself today,” Scheffler said.

To hear former Tour pro turned CBS broadcaster Colt Knost tell it, he always knew Scheffler was destined for greatness. He remembers when the rangy Scheffler was knee-high to him, a kid who couldn’t get enough of practicing at Royal Oaks Golf Club in Dallas, where Tour winners such as Justin Leonard, Hunter Mahan and Harrison Frazar were regulars.

“He just followed us all around like a little puppy dog,” Knost recalled.

At the range, Scheffler became known for peppering a yellow pole from 70 to 90 yards depending on where the tee was set up that day.

“That was kind of Scottie’s pole,” Knost said. “Every five minutes, you just heard this ding, and Scottie would just turn around and smile. He would wear that thing out.”

Knost has never forgotten the time he was practicing in a bunker and Scheffler sat on top of a bucket of balls watching him for at least 30 minutes and then helped Knost pick them up. But that wasn’t all he did.

“I see this ball come flying out of the bunker and land and kind of spin. I’m like, ‘What in the world was that?’ And I look over and it’s Scottie and I say, ‘How the hell did you do that?’ He said, ‘I was just watching you and just did what you did.’ He just had that weird ability. He would see things, and then he could go do it himself, and to get a ball to spin out of the bunker at nine years old was just really, really impressive.”

So was Scheffler’s resume, which included U.S. Junior Amateur champion, All-American at Texas and Korn Ferry Tour Player of the Year. Scheffler already had shot 59 in a FedEx Cup playoff event, had a chance to win a host of Tour events, most recently at the Houston Open, but victory had remained elusive. Entering the week at No. 16 in the Official World Golf Ranking, Scheffler was the highest-ranked player in the world without a PGA Tour victory.

He added Ryder Cup stud to that resume in September, teaming with Bryson DeChambeau in Four-Ball and knocking off World No. 1 Jon Rahm in singles on Sunday. On Saturday, he was asked what he thought was harder: winning a Tour event, shooting 59 or beating Rahm?

“Well, apparently winning a tournament might be the hardest,” he said.

On Sunday, Scheffler overcame three bogeys in a four-hole stretch on the front nine at TPC Scottsdale and trailed by three strokes after a bogey at No. 12. Having the veteran presence of caddie Ted Scott, who won 12 times on the PGA Tour with Bubba Watson and joined Scheffler at the RSM Classic in November, was a calming influence.

“I think we kind of sit on the same wavelength. We get along really well. He does a good job keeping me level-headed and making jokes and having fun,” Scheffler said. “We never felt totally out of the golf tournament, and I looked at him on 14 green, we were only I think maybe two back at the time, and I think I was a little bit surprised still to be that close to the lead.”

Scheffler birdied four of the last six holes to make up his deficit, but missed a 6-foot birdie putt on the final hole to win in regulation. He signed for 4-under 67 and finished with a 72-hole total of 16-under 268.

The calendar may have flipped but Cantlay, who was named PGA Tour Player of the Year and is the reigning FedEx Cup champion, continued his torrid run with a bogey-free 4-under 67 on Sunday. He, too, missed a 10-foot birdie at 18 for the win. Still, he’s won two times and hasn’t finished outside the top-10 in his last six starts, and is an impressive 132-under par in his last 30 Tour rounds, with 28 of them in the 60s.

Cantlay, however, could only manage three pars in the playoff, including missing from 11 feet to extend it to a fourth hole.

“I played well today,” Cantlay said. “I hit a lot of good putts and didn’t really get anything to go in all day. Scottie obviously played really well this weekend and deserves to win.”

Seeking his first win, rookie Sahith Theegala, the 54-hole leader who was playing on a sponsor’s exemption, built a three-stroke lead after five holes, but made a bogey at the par-3 seventh and Cantlay rolled in three birdies on the front side to catch him at 15 under. Theegala hung tough with birdies at Nos. 12 and 15, but his tee shot at the drivable par-4 17th hole rolled into the water to the left of the green and he made bogey.

“I thought I hit a great shot on 17. It was cutting,” Theegala said. “As long as it’s another yard right, I think that’s perfect. Kick straight and it’s good; kicked left into the water there.”

Theegala closed in 1-under 70 to finish tied for third with defending champion Brooks Koepka (69) and Olympic gold medalist Xander Schauffele (68).

One day after Sam Ryder made an ace at the infamous par-3 16th hole, Carlos Ortiz of Mexico made it rain in the desert again, holing his 9-iron from 178 yards for an ace. A shower of beer, ice and cans, one of which nailed Ortiz in the back, created a rain delay of sorts on another picture-perfect weather day. Ortiz said he used the time for cleanup in aisle 16th green to calm down, and he drove the 17th green to make back-to-back eagles. Ortiz shot 67 and finished in a tie for 33rd place.

“Today was a little bit better,” Rahm said. “The only time I really felt in command of the golf swing was the first 18 holes and the last nine. That’s about it. Everything else in between, there was a bit of doubt in a lot of the swings.”

But there’s no doubting that Scheffler is officially a Tour winner, becoming the fifth first-time winner on the Tour this season and third in a row – following in the footsteps of Luke List and Tom Hoge. It took longer than expected for Scheffler to bust through, so, it was only fitting he should have to wait three extra holes to taste victory.

“He’s a worldbeater,” Knost said. “Now that he’s got that first one, I think the floodgates are going to open for him.” 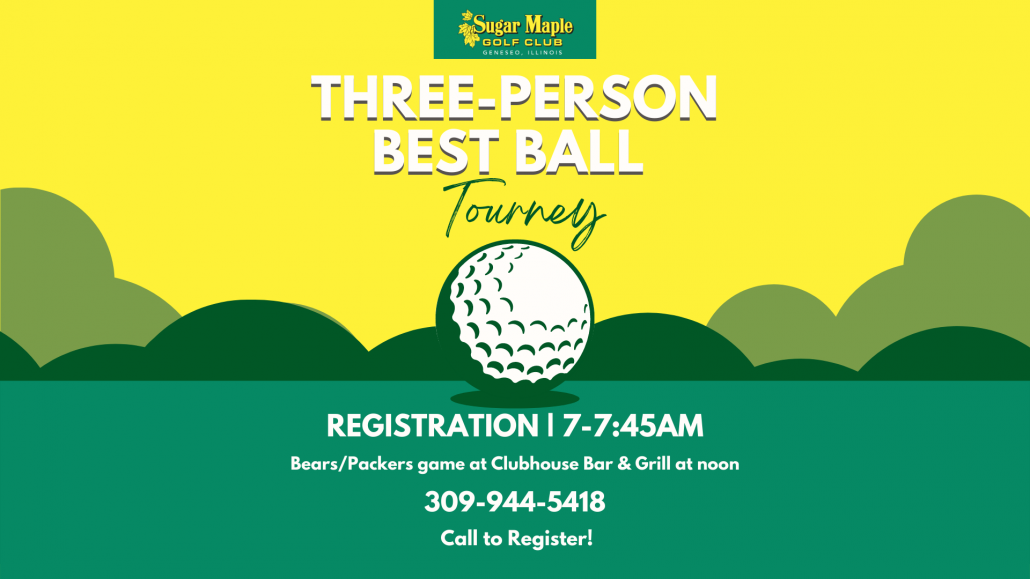 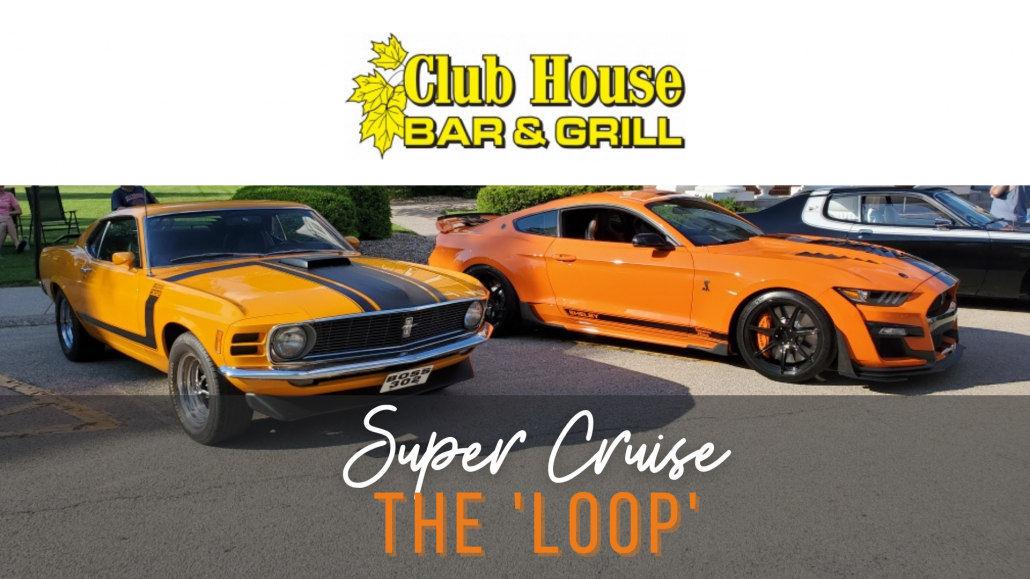 American Music Company playing the Hits at Geneseo City Park!
Then join us at the Clubhouse for an after cruise dinner and drinks!